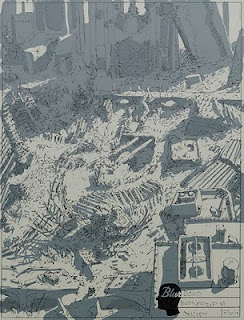 This pic almost made the poor scene assembly artist Kris Kaufman cry, but he manned he hell up and built an environment that brought me tears of joy. 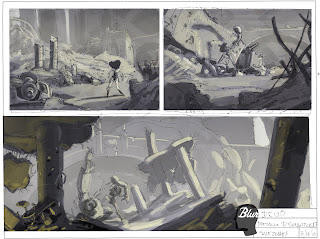 Some ideas for Wonder Woman's tussle with Metallo. A ruined bank with classical columns, a truck with a Metallo-shaped dent, and Giganta's corpse as a design element. I'll stop at nothing to get a good scene! 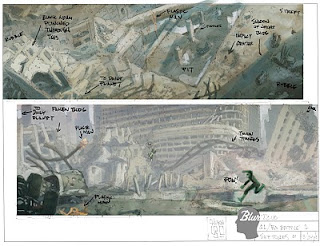 Since these rough thumbnails were going straight into production, I overlaid notes on each pic to aid the modelers in their herculean challenge. Pow!